The Firenze Race Team (FRT) is the official Formula SAE team of the University of Florence founded in 2000.

The Firenze Race Team was the first Italian team to participate in a Formula SAE event (the 2002 edition of Formula Student in Leicester, UK) and also the first to participate in an FSAE event on the American continent (Formula SAE West, Fontana, California Speedway in 2007). Apart from the American transfer, the team regularly participates in European FSAE events and has also participated in major exhibitions and events in the motorsport sector and beyond, such as the motorshow, the Motorsport Expotech, the Festival of Creativity and the Motor Valley Fest.

Do not forget the Mugello Circuit, an international track that the FRT uses for the development and testing of its cars and Sesto Pista. 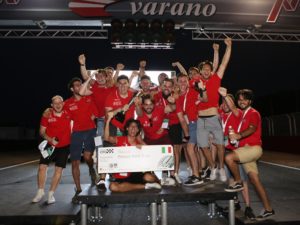 The Firenze Race Team celebrates the victory of the Class 3 of Formula SAE Italy 2022 in Varano de’ Melegari. 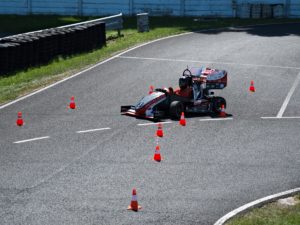 From the first year of registration to the competition, the Firenze Race Team has participated in several events around the world winning several prestigious awards and carrying on a tradition now decades, obtaining the following results: